Yet the Maple Leaf symbolizes so much more to our friends in the North and is a major source of Canadian national pride. The beloved Maple Leaf is commonly found on most of their circulating coinage.

For serious coin collectors and bullion investors, our thoughts quickly turn to the legendary Maple Leaf bullion coin. The Canadian Gold Maple Leaf is the flagship of the Royal Canadian Mint's (RCM) gold bullion offering and is the original pure gold coin investors have come to adore.

Today we'll look back at the Gold Maple Leaf's history, examine what makes the series so incredibly popular, and discuss the coin's place in our investment portfolio.

Since 1979, the Royal Canadian Mint has been strongly shaping the retail bullion market through its Maple Leaf bullion program. And they are no stranger to firsts.

The first gold collector coin issued with a hologram (1999).

And although the Gold Maple Leaf wasn't the first gold investment coin, that title belongs to the 22-karat South African Gold Krugerrand, the RCM did step in to supply much of the western world when the Krugerrand was boycotted in response to Apartheid-era policies.

Operating for almost a decade in a low competition environment helped the Gold Maple Leaf cement itself as a bullion staple in the hearts of investors and collectors alike. 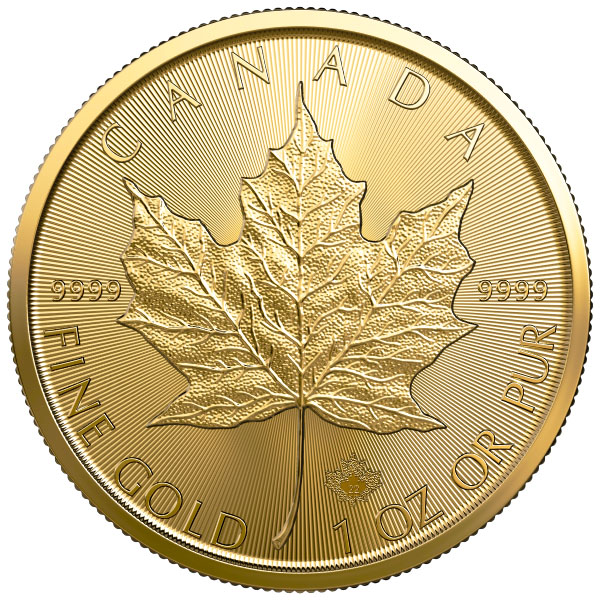 The gloriously illustrated design that gives the Gold Maple Leaf its name was originally created by Former Chief Engraver Walter Ott in 1979. The design is strikingly detailed and incredibly life-like, with inspiration drawn from the leaf of a sugar maple tree. Sugar maple tree sap contains unusually high levels of sugar and makes for wonderful maple syrup!

The obverse side of the coin has featured three side-profile renditions of the reigning English monarch, Queen Elizabeth II, at various ages of her life.

Expansion of the Maple Leaf Series

After three years of production, the Royal Canadian Mint expanded the series with multiple fractional pieces. On top of adding a ¼ oz and 1/10 oz coin to the Maple Leaf line in late 1982, the RCM further raised its own standards and increased gold purity to 99.99%, or "Four Nines" fine.

The Gold Maple Leaf line expanded further in 1986 by adding a ½ oz coin, and the RCM didn't stop there. Further additions included a 1/20 oz coin in 1993 and a tiny 1-gram gold coin in 2014. They even briefly offered a 1/15 oz Gold Maple, in 1994 only. Those are particularly rare and have become quite collectible.

The RCM regularly releases special edition Gold Maple Leaf coins in very limited mintages. Those editions are better classified as "semi-numismatic" and can trade for a considerable collector's premium above the gold spot price. Hologram, painted, and Olympic set coins are all in the mix and keep enthusiasts intrigued every year. 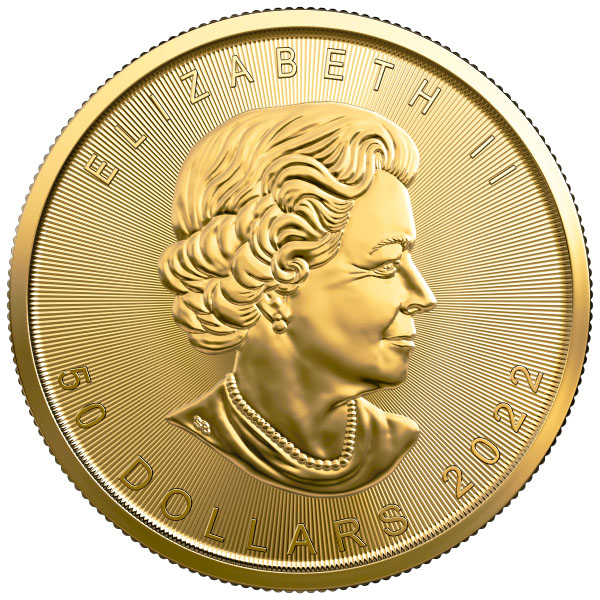 The Royal Canadian Mint is a pioneer in cutting-edge technology, and the Gold Maple Leaf is no exception.

Increased security features such as the introduction of BullionDNATM micro-engraving in 2014 make it more difficult for fraudsters to succeed. High-tech lasers at the Mint engrave each coin die with a miniature marking. This mark is stamped directly on the face of each bullion coin. The laser engravings vary slightly between dies and every sequence is logged in an RCM database before shipping coins out.

Then using a proprietary device, an RCM authorized dealer can compare any Gold Maple Leaf dated 2014 or newer against the RCM database to verify authenticity instantly. Drawbacks to this system do exist, such as requiring the proprietary testing device, which isn't widespread or affordable. Perhaps further advancements down the road will allow anyone to access the database with their smartphone, but we'll need to rely on more cost-effective testing methods in the meantime.

The Gold Maple Leaf raised the bar for metal purity standards and continues to be one of the most popular coin series worldwide. Through their efforts, the Royal Canadian Mint is making retail gold and silver acquisition more accessible and safer for the masses.

At PIMBEX, we believe in following a prudent strategy to acquire precious metals at the lowest possible dollar cost. We also prefer to stick with products that everyone knows and trusts. The reasonably priced and highly recognizable Gold Maple Leaf series checks the boxes and helps everyone from all walks of life invest within their means.

Pound for pound or in this case ounce for ounce, the Gold Maple Leaf's offering is hard to beat, and the bullion coin makes a beautiful addition to any collection.