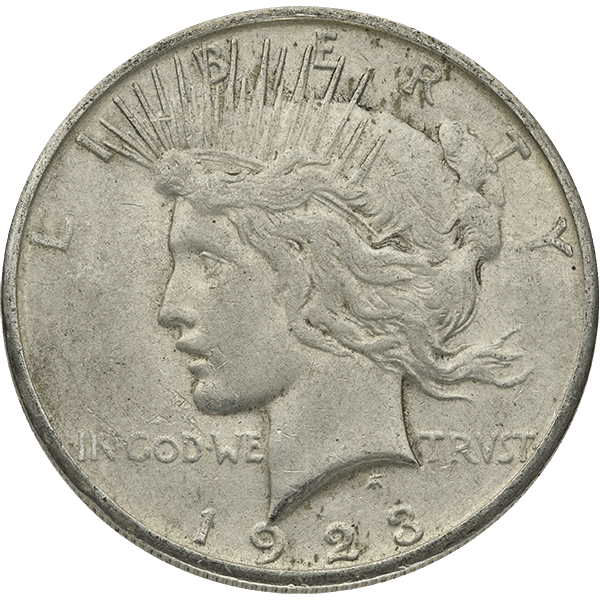 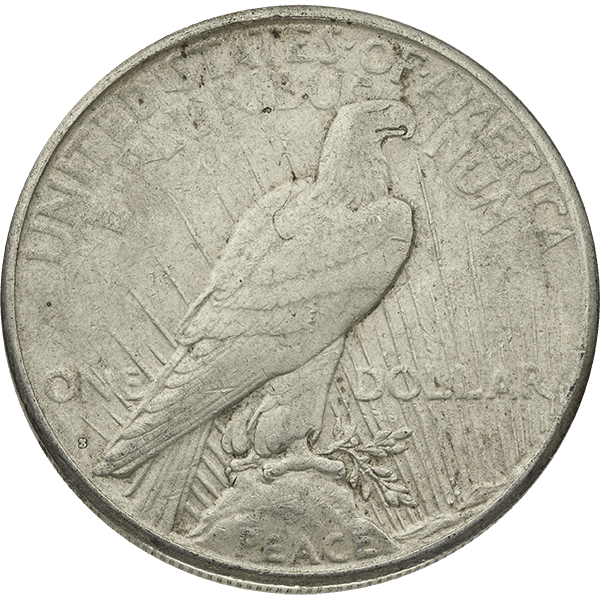 In 1918, 270 million Morgan Silver Dollars were melted down and sold to the United Kingdom to help stabilize the British Pound Sterling. The US Mint was legally required to replace the melted Silver Dollars and in 1921 reissued the Morgan Silver Dollar. With minting of the 1921 Morgan Silver Dollar already underway, a competition was held to design a proper replacement for the Silver Dollar. Anthony de Francisci’s classic design of Lady Liberty was unanimously selected over submissions from industry icons Victor D. Brenner, Adolf Weinman, and Hermon MacNeil.

The obverse of the Peace Silver Dollar features the left profile of Lady Liberty, and the inscriptions LIBERTY, the coin’s year of issue, and IN GOD WE TRUST. The reverse of the Peace Silver Dollar displays an American Bald Eagle perched on a point overlooking the horizon and clutching an olive branch, with the inscriptions UNITED STATES OF AMERICA, E PLURIBUS UNUM, and ONE DOLLAR.