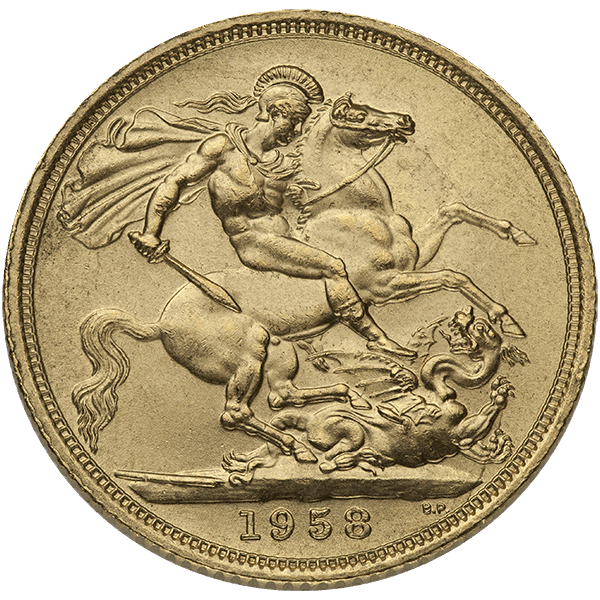 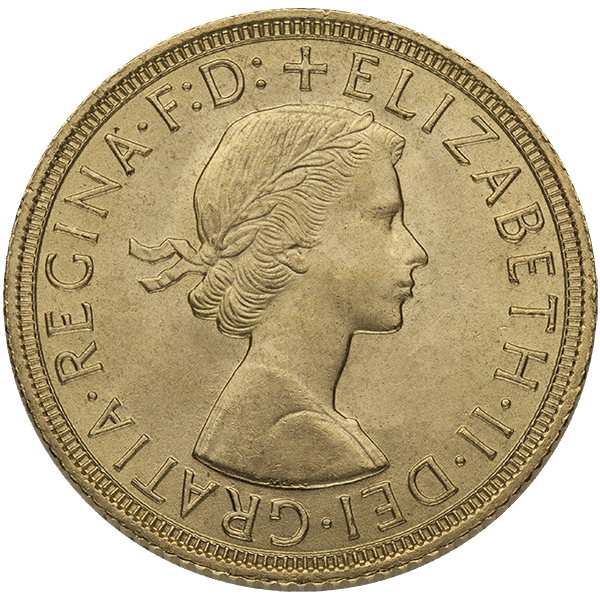 The British Gold Sovereign has a history dating back several centuries, but the modern gold bullion coin we know today was first released in 1817. Following the Napoleonic Wars, the British Empire had converted to a gold standard and needed a flagship coin to facilitate international trade. The Gold Sovereign was issued with a one-pound face value and was a commonly traded currency in the old world. This Gold Sovereign is made from 22-karat gold and contains .2354 troy oz of pure gold.

The obverse side of the coin features the effigy of a young Queen Elizabeth II. The reverse side depicts the 11th-century legend of St. George mounted on horseback, slaying the Dragon. These Gold Sovereigns are sourced from the secondary market and arrive in a protective coin flip, and each coin’s year and condition will vary. We verify and test each British Gold Sovereign on-site and guarantee for weight and purity.