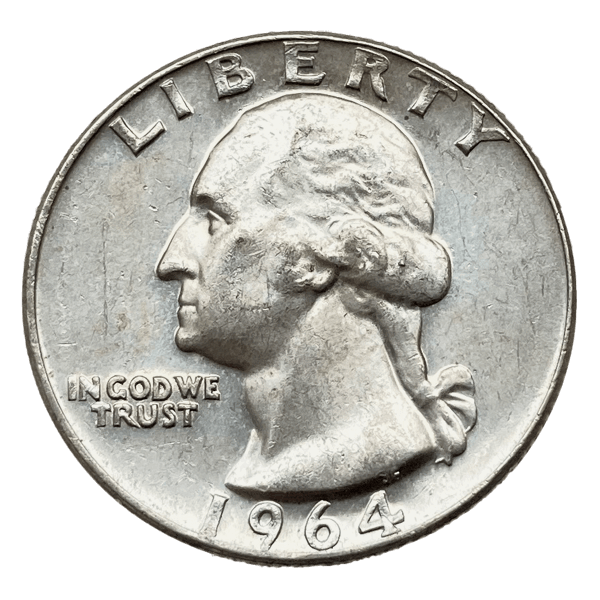 George Washington has been called the “Father of the Nation” and is widely considered the greatest President in US history. After leading the Continental Army against British forces to secure America’s sovereignty, he was unanimously elected the first President of the newly formed nation. To commemorate the 200th anniversary of George Washington’s birth in 1932, the US Mint released the Washington Quarter to a great deal of fanfare.

The obverse features Washington’s portrait and the inscriptions LIBERTY, the coin’s year of issue, and IN GOD WE TRUST. The reverse side displays an eagle perched on a cluster of arrows above two olive branches, and the inscriptions UNITED STATES OF AMERICA, E PLURIBUS UNUM, and QUARTER DOLLAR.