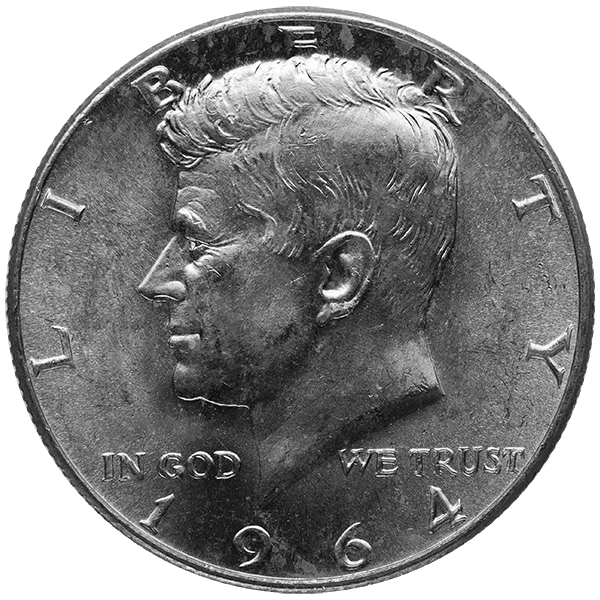 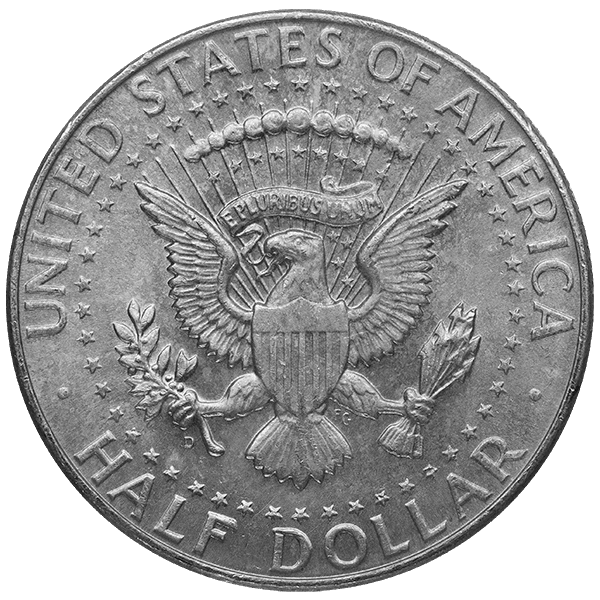 President John F. Kennedy was an enormously popular figure and the first President to bring “celebrity” to the Oval Office. The youngest President ever elected was celebrated for advancing the Apollo Space Program and averting catastrophe during the 1962 Cuban Missile Crisis. Unfortunately, JFK’s life was abruptly cut short. Following his assassination in November 1963, JFK’s profile was mocked up and placed on the obverse of the redesigned Half Dollar with inscriptions LIBERTY, 1964, and IN GOD WE TRUST. The coin’s reverse features the iconic heraldic eagle affixed over the Presidential Seal, with inscriptions UNITED STATES OF AMERICA, E PLURIBUS UNUM, and HALF DOLLAR.

Due to the Coinage Act of 1965, Kennedy Half Dollars were only minted from 90% pure silver for the 1964 issue. A 40% Silver Kennedy Half Dollar was produced from 1965 to 1970, finally converting to a more cost-effective Cupro-Nickel alloy in 1971.