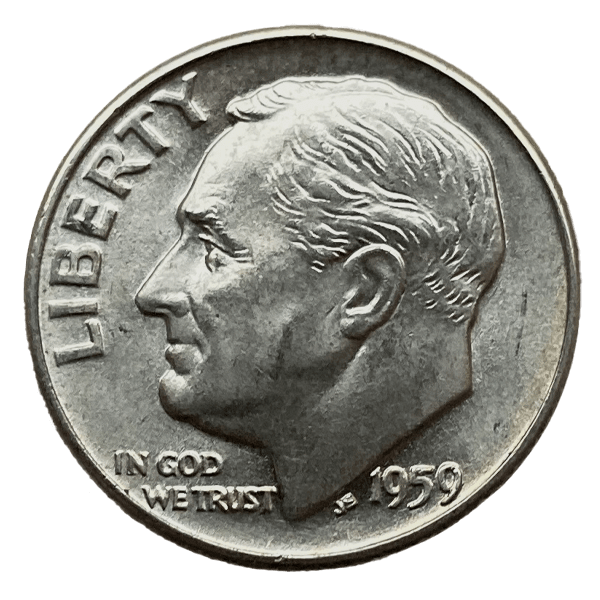 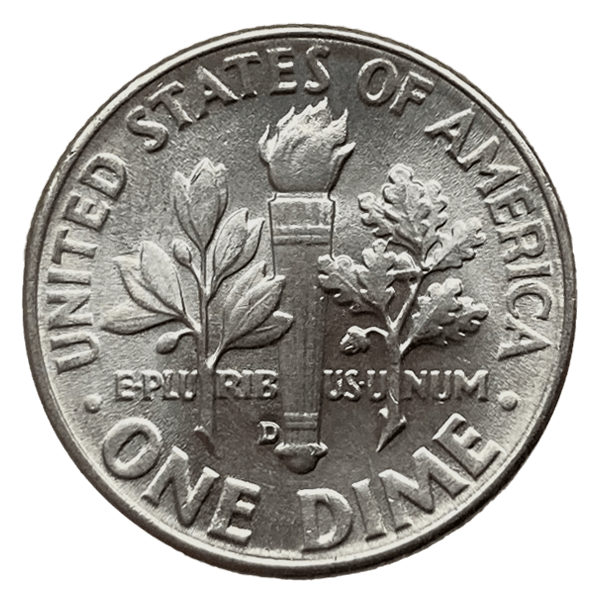 President Franklin D. Roosevelt led the United States through the Second World War and was immortalized on the obverse of the Roosevelt Dime following his abrupt death in 1945. His face still marks the Dime, but from 1946 to 1964, the coin consisted of 90% silver, and each Roosevelt Dime contained .0715 troy ounces of pure silver.

The reverse design is also unchanged and includes the familiar torch, olive & oak branch, and inscriptions UNITED STATES OF AMERICA, E PLURIBUS UNUM, and ONE DIME. Following the Coinage Act of 1965, Roosevelt Dimes converted to a cost-effective Cupro-Nickel alloy.