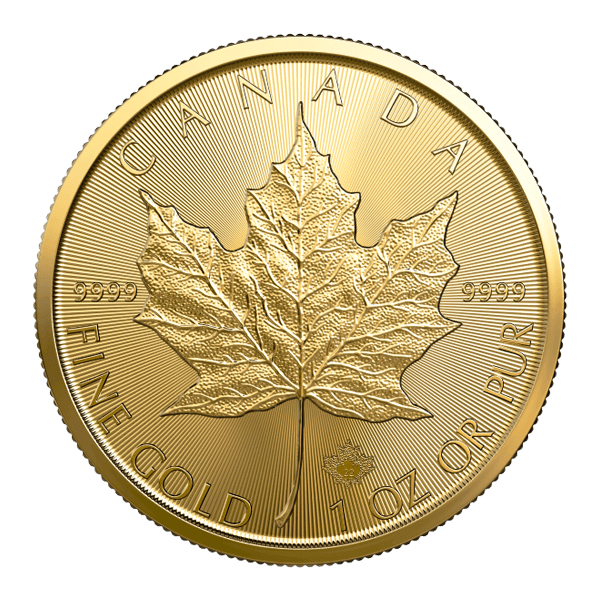 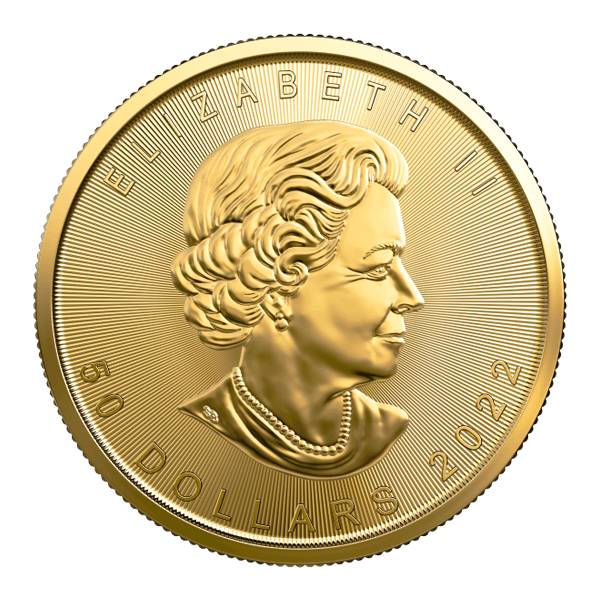 The Gold Maple Leaf was introduced by the Royal Canadian Mint in 1979 and is one of the earliest gold bullion coins still in production today. At that time, the South African Gold Krugerrand, the only contemporary gold bullion coin in existence, had encountered distribution issues due to widespread international boycott in response to their apartheid-era policies.

Energized by the bull market of the 1970s, a wave of sovereign mints stepped in to fill the demand and thus launched the rebirth of modern bullion production. Initially comprised of .999 fine gold, since 1982 the Gold Maple Leaf has set the bar for investment grade purity, being consistently struck from 99.99% pure gold. The Gold Maple Leaf is extremely popular with investors and is a primary option in the retail gold bullion market.

The Gold Maple Leaf incorporates several anti-counterfeiting security features. BULLION DNATM technology uses laser mark micro-engraving to etch unique privy marks on each gold bullion coin. These privy markings correlate to an official RCM database that can instantly verify any Gold Maple Leaf’s authenticity. In addition, the RCM uses precision-machined dies to strike sharp radial lines on both the obverse and reverse of each bullion coin, leaving it with an exclusive pattern that is distinct to this coin.

The Gold Maple Leaf's reverse features a Walter Ott designed maple leaf, the same design still in use today. The maple leaf, a widely recognized national symbol of Canada dating back several centuries, is exquisitely detailed. The obverse features the regal side profile of the sitting monarch, Queen Elizabeth II.

The 2022 Canadian Gold Maple Leaf can be ordered as single 1 oz coins, in mint tubes of 10 coins, and sealed Monster Boxes of 500 coins.