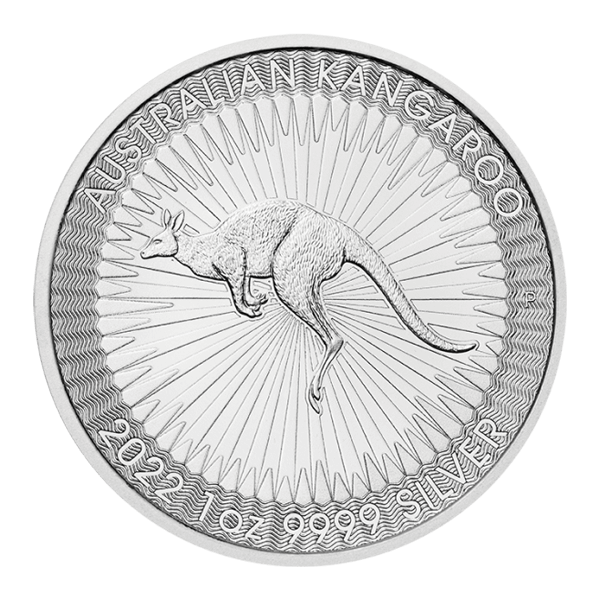 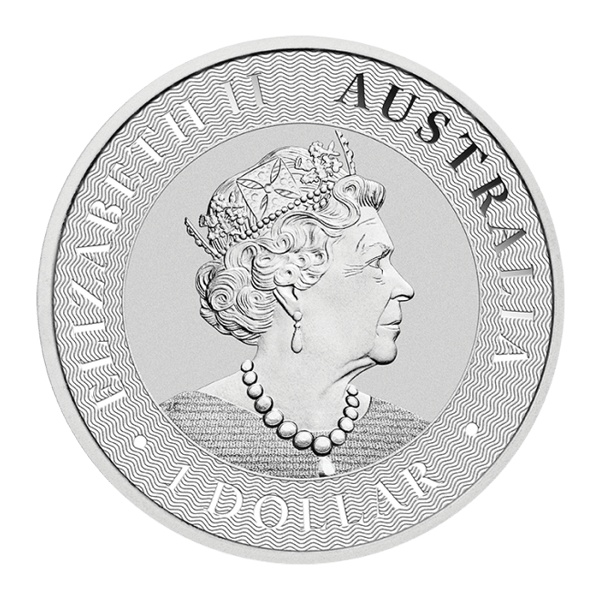 Upon release in 2016, the Brilliant Uncirculated (BU) version of the Australian Silver Kangaroo assumed a key role in the Perth Mint’s lineup. The Kangaroo now serves as the Perth Mint’s regular issue bullion coin with an unlimited mintage annual release and an industry-leading 99.99% pure silver composition.

The Silver Kangaroo reverse features a kangaroo profile borrowed from a previous Australian copper penny design minted between 1937 and 1964. The internationally admired giant marsupial is a cherished symbol of the Australian nation, and the design remains unchanged year after year. The reverse also includes a laser-engraved security feature, only visible under magnification.

The obverse displays the regent side profile of Queen Elizabeth II. 1 DOLLAR, AUSTRALIA, and ELIZABETH II are stamped around the rim. This coin is $1 of currency backed by the Government of Australia.