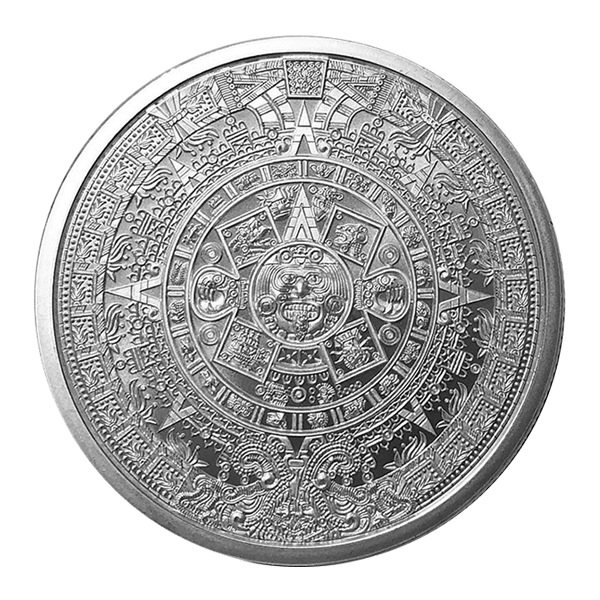 The Aztec Calendar 1 oz Silver Round is a popular choice with investors who appreciate the artwork and practical affordability of this beautifully minted silver round.

The front side of each silver round includes a design borrowed directly from the ancient Aztec Sun Stone, an artifact that the Aztec Empire used as a calendar. Such elaborate designs are uncommon on generic silver rounds, which makes this Aztec round a special treat.

The reverse features the profile of the now immortalized Aztec Emperor Cuauhtémoc. The "Descending Eagle" and his compatriots fearlessly opposed the Spanish Empire during the Aztec Empire's late stages. Valiant in their efforts, Emperor Cuauhtémoc is a revered national hero and has been previously featured on the Mexican national currency.

The Aztec Calendar 1 oz Silver Round is produced by the Golden State Mint. Founded in 1974, it is a reputable private mint known for high-quality retail bullion products. They make many silver pieces in the Aztec Calendar series, which come in various shapes and sizes.